Little Edyn Farley (seated on the floor) came early for youth service while intercessory prayer was being conducted. Instead of playing he walked up front and joined in with the adults praying. It is wonderful to see a tender young heart. 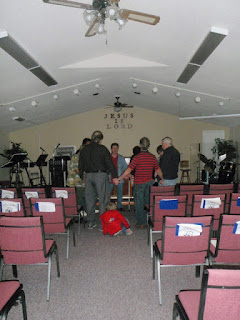 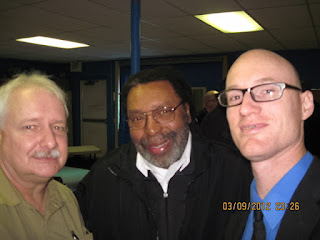 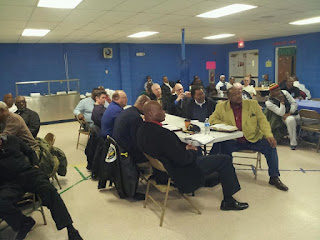 SUNDAY
Bishop Farley ministered how “God’s plan to defeat Satan is You!” Satan’s worst sin was his pride. He had been created a celestial being, he was perfection! He was created as a leader, ruler, general. He was God’s covering Cherub until pride entered into his heart. So God stooped to form man out of the dust of the earth. He then stooped farther to breath His own breath into man. He made man a duel being. He is both divine and of the earth. Clay and divine breath of God, (Spirit)! So that he would know humility. But Satan still tempted man with pride. Then God stooped again and became man in the flesh and died, shed His own divine blood on the cross for man. From there He lifted man to the heavenlies in Christ Jesus, seated in a place of authority, in Christ Jesus. Now Creation itself waits for us to wake up and manifest ourselves as Sons! Creation is waiting on you and I to take back the promises of the kingdom, occupied by Satan’s forces.

Box Sermon
Kade Farley placed a Gorilla in the box and Rev. Terry White ministered on how Satan is a monkey on our backs. Always trying to pull us down, always trying to hinder us in our walk with Jesus and how we need to get him off. 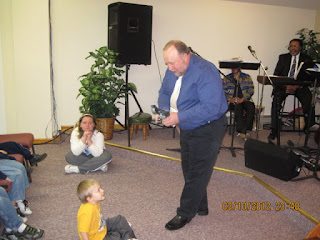