TUESDAY MOMENTUM! March 8, 2011
SUNDAY
Worship was awesome and the team is growing!
Bishop Farley preached on "The Three greatest mistakes in History!"

The first one was when Satan thought he could be God and tried ot over throw the Lord.

The second one was when he though he could stop God's plans by killing His Son, Jesus on the cross.

The third one is when you think you can make it to heaven without Jesus.

Pastor Dance preached an awesome message Sunday night! I have heard reports on facebook and by phone that it was a great anointed message.
It was wonderful to see Mother Dance in service this week. 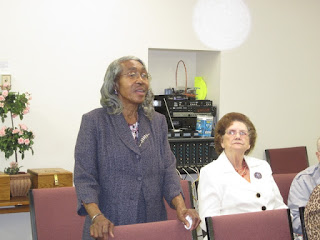 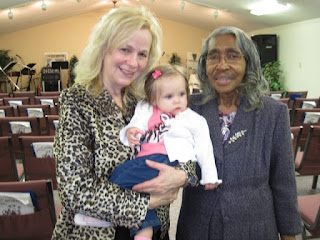 BOX SERMON
Joey placed a cross in the box. Sister Karren ministered on the sacrifice of Jesus for our sins. The kids marched around the sanctuary singing Jesus Loves Me! Everyone was blessed! If anyone has pictures of this send some to me.
EDYN'S SURGERY
Karren and I are in the waiting room in Morgantown, WV. This is the day after Edyn's surgery. He has been moved from Intensive Care to a room. He is doing well. He is very sleepy because of the medication they have him on. He is finally drinking a little and has requested skittles as his first meal. Keep him in your prayers, he may be able to get out tomorrow, if the headaches let up and he eats more. 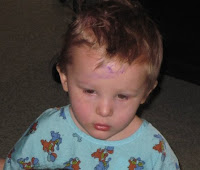 Sister Karren drove her mustang to Morgantown and I drove mine since I have to come home before her. We got caught in a blizzard near Frostburg MD in the mountains. This was her first time driving in the snow. I offered to let her drive my car since it is front wheel drive. She told me "You're not driving my baby. LOL We passed multiple car wrecks and spinouts on the way down. Karren did a great job of getting her mustang all the way. She listened to Mikes CD and the song Healing Rain, ministered to her. She declared "I will not be afraid, Lord protect me in this blizzard. AND HE DID! 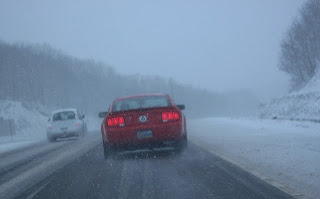